Suffolk County Council’s Corporate Property team manages a £1.5m Salix Energy Efficiency fund which is used to fund projects which result in substantial energy savings and consequently a substantial reduction in carbon emissions. Examples of this include the replacement of old inefficient lighting (typically T12 fluorescent tubes) with highly efficient replacements (T5). One such project includes Ipswich Library. T5 lighting typically yields a 65% saving in energy consumption and also a very superior quality of lighting. Across a wide range of projects it has been proven that every £1000 spent results in a one tonne reduction in annual carbon.

Over the last 3 years this fund has been fully spent and is now being re-cycled on further projects, to date is estimated that this fund has resulted in 1600 tonnes of annual reduction in carbon emissions. Routine replacement of boilers (predominantly in schools) also results in substantial energy savings through improvements in new boiler efficiencies (92% for new versus typically 70% for old). It is estimated that 4000kW of boiler capacity has been replaced using condition funding over the last 3 to 4 years and a 20% improvement in efficiency therefore results in an approximate reduction in annual carbon emissions of 400 tonnes.

In any situation where old building fabric is replaced by new, a dramatic reduction in carbon emissions will arise. A combination of good design coupled with the requirements of today’s building regulations (Part L) results in buildings whose carbon footprint is less than half of that of a similarly sized older building. 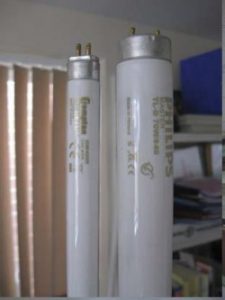 The Suffolk Schools Organisational Review (SOR) is now entering its fourth phase and each phase has resulted in a significant amount of new school space being constructed and the closure of many old school buildings. Each phase of SOR has therefore resulted in reduced carbon emissions for the schools affected; these reductions are estimated to be between 250 and 500 tonnes per annum per phase, depending on the precise scope of the particular SOR phase. Across the 3 SOR phases that have been completed so far this total annual reduction in carbon emissions is estimated to be in the region of 1000 tonnes.Similar fabric improvements have resulted from rationalisation and improvements of non-schools buildings across the Corporate Property estate and strategic initiatives under the single-public-sector-estate such as Landmark House and the proposed Riverside development in Lowestoft are expected to deliver improvements of a similar scale.